Joke’s On You – stand-up comedy show 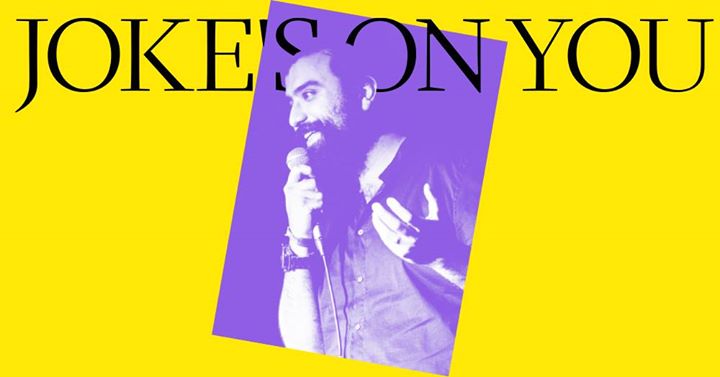 Joke’s On You is an English speaking circle of comedians who perform comedy all around Central Europe.They began performing in Bratislava around 2016 and have grown to have regular shows in four different Central European capitals ever since. The comedy crew is consisting of foreigners who live abroad and English speaking locals and their community keeps growing as well as the demand for English comedy in Europe.

ALAN HENDERSON is a part-time comedian and full time taco-eater stranded in Slovakia. With a confidence that far exceeds his looks, education, talent, and ability, Alan uses his Southern wit and ignorance to come to terms with growing up in a cult, life in Eastern Europe, fatherhood, and his own failings. Alan is the co-host of the US/SR podcast, which once had 67 listeners from Uganda, but is yet to make a significant impact globally. Alan hopes to one day own a dog, look decent in sweat pants, and learn to say no to a late-night kebab.

TAMAS VAMOS is an actor, comedian and a producer. If you think that’s interesting, wait till you learn that he’s a Hungarian/South African Jew, doing English Comedy in Vienna. You might know his bold comedy from his famous comedy event in Vienna, The Jewslim show where he brings Jews and Muslims together in the name of comedy. He also performs regularly with Joke’s On You and other comedy show, as well as managing his late night show The Night Night show. His edgy style and straight forward approach to comedy is not something to be missed.

MATEJ MAKOVICKY is a metalhead, sociologist and self-proclaimed nihilist, trying to pass for a stand-up comedian since 2016, performing in both Slovak and English. Regularly, he spews his wits at shows such as Silné Reči, Joke’s On You and Comedy Dungeon. In terms of style, Matej mixes a keen sense of observation with social criticism and the ramblings of an evil mastermind, never shying away from controversial subjects.

SIA is short for his long middle eastern name and he has realized that writing his name in full form will never benefit him again, ever since he migrated to Slovakia 7 years ago. He’s the host and founder of Joke’s On You and has been doing English comedy for the past two years but he’s also been a prominent face in the Slovak comedy scene, performing with Silné Reči and Pančlajn.